Wow it's been a crazy couple of days! After performing in another fabulous illusion show in the Baron's Court Theatre in London, I took the late night coach to Newquay with my friend Gavin. I've done overnighters by coach loads of time (always Megabus) but this time I took National Express. Well let's just say those seats were definately not made for comfort and it was impossible to sleep.

We arrived very early Saturday morning where we were met by the director and we got straight into filming.

Later we were taken to the UKFreedive course for my training. I've been so excited about this and the course instructor was very lovely. I was joined by 5 other beautiful mermaids and also the Cornish Mermaid Emily who would also be giving us some tips and techniques.

We went through some breathing theory which I found really informative; my singing training did seem to come in handy as it's another type of diaphragmatic breathing.

We were soon in the pool which sadly was smaller and more shallow than I was hoping so we had to learn another technique of holding a breath with no air in your lungs. This helped being able to sink to the bottom of the pool.

We did more breathing training and I reached a 2min 46sec breath hold which is great. My goal is to easily do 4mins!

We needed to do some more interview filming so I was soon in my beloved tail and new mermaid jewellery. After the interview we did some swim training guided by the lovely Emily. Sadly I struggled with this as my ankle straps once again didn't hold and I had no control over the monofin. I could still move well but not as accurately or fast as I know is possible.

Soon the photographer arrived and work begain! It wasn't easy being submerged with no air in your lungs, in water that comes no higher than your chest and managing a huge silicone tail whilst still keeping your body and face relaxed but I did my best and I can't wait to see the results! The photos should be ready soon and I have been promised some film footage which I hope will be soon too.

When we had finished, my friend Gavin joined me and we celebrated by having a lovely meal at a lovely bistro called 'Fresh' where we had an amazing meal.

By this point my eyes were beyong burning and I looked like I had been crying, I need to look into ways to prevent my eyes suffering from chlorine. (This pool seemed to be pretty bad as I've not had a reaction like this before form any other pool.)

As we had some time to kill, Gavin and I had a walk round Newquay which by now had turne dinto your classic sideside town at night! It got quite cold and my Mer-suitcase was very heavy so we chilled out at the bus stop. We've both never been so happy to see a coach and I was so exausted I managed to get a few hours sleep! I'm planning on going for a swim with my Mer-Sister Samantha Siren soon, I have an underwater case for my phone so will hopefully have some proper footage soon! 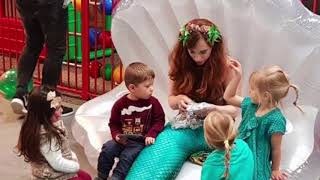 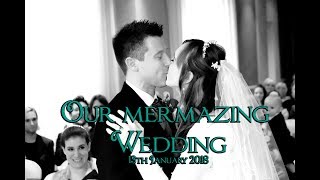